Dear Amy: A few years ago, my girlfriend’s friend told her that I was hitting on her. My girlfriend asked her what I did to make her feel that way, she said, “He asked me questions, and when I answered them he followed up with questions about my answers.”

My girlfriend said, “How is that hitting on you?” and her friend said, “Men don’t listen to women, and then ask questions, without wanting something.”

That’s probably why my girlfriend and I have been together almost 20 years, while her friend has been divorced twice.

Wow, I hate this guy. Could he be any more bragadocious? He ought to feel sorry for the friend of his girlfriend of twenty years(?!?). Instead, he comes across as being morally superior because he understands relationships, and she doesn’t. This person he’s scorning for having been divorced twice hasn’t done anything wrong. She didn’t make false claims about her friend’s boyfriend. So instead of trying to help her out, either by explaining that he hadn’t intended to be flirtatious, or by trying to set her up with someone nice, etc., etc., this letter writer just brags about how much smarter he is than she. Ick. Are you kidding me? A lot of people–and I do mean a lot–struggle with understanding romance cues. Anytime you have two people who could be in a romantic relationship (i.e., they’re attracted to the other’s gender, they’re single, they’re the same age, they’re both hanging out at the same bar, and so forth), it can be really hard to tell the difference between being friendly and being flirtatious. But I’m glad this letter writer has it all figured out!! Good for him.

Let’s see what Miss Manners is up to!

DEAR MISS MANNERS: A current real-life friend sent me a friend request on social media, and I accepted. I have regularly liked quite a few of this friend’s posts — about half of them — and even commented once or twice with something such as “That’s great!” or “Congratulations!”

Never once has this friend liked or reacted in any way to any of my posts.

We are both relatively active on social media, engaging with mutual friends, and neither of us posts anything controversial, bragging, or weird. I am aware that some of my posts may not have been seen by my friend, or that the algorithm may be somewhat responsible, but I cannot believe that all of my posts have been accidentally overlooked.

I don’t want to make assumptions or be petty about this, but I think it is human nature to be a little bit hurt. I feel very foolish continuing to like my friend’s posts while receiving nothing in response, so I have totally stopped. I refuse to ask my friend what’s going on because that would not be well received. What would you suggest in this situation?

GENTLE READER: Well, now you know how people feel when others do not acknowledge their invitations or presents.

Only you have not actually done anything for your friend when you distribute personal information online, so there is no etiquette violation when your audience does not keep cheering you on.

If you want to know how your real-life friend really feels about you, Miss Manners recommends making a real-life personal overture. (c) MISS MANNERS

Huh. I’ve been there. I want to say that the friend failed to follow the letter writer on accident and therefore isn’t seeing any of her posts, but the fact that they’re all heavy into social media strikes me as meaning that’s not the case.

I used to try to make friends locally, here in my neighborhood. This was many years ago, maybe back in 2012…? I did this by frequenting the local pastry shop and eating there while talking to the staff. They were all young and hip and fun to talk to. I “friended” some of them on social media with a previous facebook account I no longer have. (I have a new one now.) They never “liked” any of my posts, either. It’s sad. I was so lonely and in need of friends, and they couldn’t have cared less. None of them still work at the pastry shop, and they haven’t worked there in ages. Back then, they’d chat with whoever sat on the barstool, sort of like in a bar.

You can try to tell yourself the friend isn’t seeing your posts or whatever you can come up with to comfort yourself, but I think sometimes you just have to accept that there’s no friendship there. Now, on the other side of this, I once commented on someone’s post and was ignored. My comment wasn’t “liked” or responded to, so I unfriended my friend. Several months passed, and the friend reached out to me, and now we’re friends again, and I realized I was being impulsively paranoid, as I tend to be. Can anyone say, “Oops,”? We’re friends again. Same with another facebook friend. 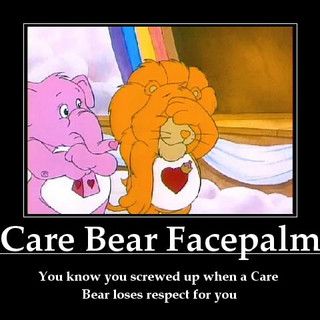 So I guess the issue needs to be addressed on a case-by-case basis. Personally, I don’t see the harm in asking, “Hey, why don’t you ever like my posts?” I mean, that question wouldn’t hurt my feelings. My reaction would be, “Oh, sorry. Let me make sure I’m following you.” There are exceptions. I have some friends whose posts I don’t follow because they’re vile and disgusting (the posts, not the friends). But this letter writer said her posts are unoffensive.

I refuse to ask my friend what’s going on because that would not be well received.

That right there seems concerning to me. It wouldn’t be well-received? Is the letter writer sure of that? If so, I might unfriend the person. It’s an honest enough question. Huh.